NEW YORK — EL Education (formerly Expeditionary Learning) today recognized five schools across the country with a national credential for exceeding the EL Education standards of student achievement, which measure three dimensions: academic performance, high-quality work, and positive character. The majority of students at each of the newly credentialed schools outperformed their peers in their state and demonstrated they are developing positive character traits, such as perseverance, empathy and a sense of service to others.

The five schools receiving the EL Education credential this year include:

These schools join 23 others across the country to receive this recognition from EL Education, which is now in its third year of credentialing schools. EL Education is a nonprofit that helps create great public schools where they are needed most, through a nationwide network of schools, coaching and professional development for educators as well as hundreds of free resources., including its highly-rated literacy curriculum. Under the EL Education model, students are challenged to solve real-world problems that impact their communities, empowering them to become active contributors to building a better world.

“We’re at an important turning point in education where we’ve abandoned a narrow definition of student achievement and have embraced an understanding that achievement is multifaceted and can never be boiled down to a single metric,” said Scott Hartl, CEO of EL Education. “Students deserve schools that develop their intellect and their character; that develop their strong habits of quality work and their habits of contribution to their communities; and provide them with both rigor and joy in learning.”

Mark Conrad, EL Education Chief Schools Officer, added that the EL Education credential is not an award: “Credentialing is a milestone on each school’s journey toward excellence. Our five new credentialed schools provide a shared vision to our nation and show what is possible for all kids.”

On a variety of measures, students at each of the five newly credentialed schools have outperformed their peers across the state. For example:

“Through the EL Education credentialing process, our teachers were able to look at what they’re doing in the classroom, how they work with students and ways they can change to help them succeed more,” said Jocelyn Hardy, superintendent of Arbor-Vitae Woodruff school. “We believe we can teach our students to leave the world better than they found it, to learn to love learning through play, and understand that adventure can happen every day.” 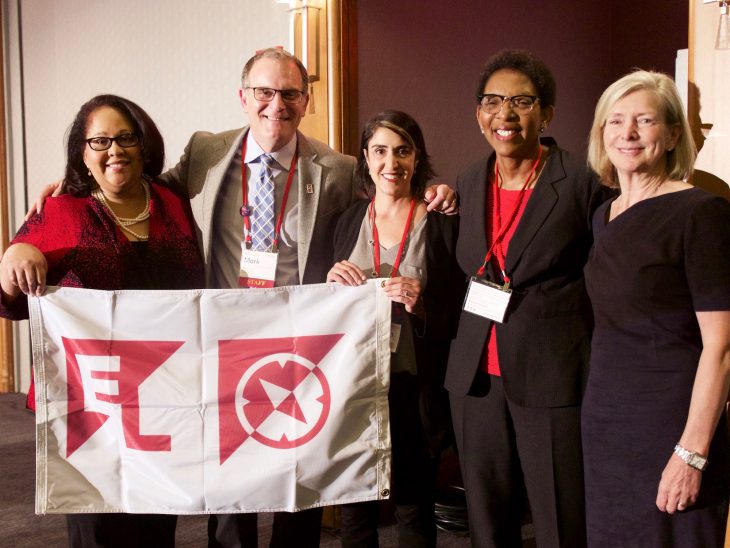 In order to earn the EL Education credential, teachers and leaders at each of the five schools participated in a rigorous process that included a close analyses of student work and data to identify trends and patterns, as well as set goals for improvement. Over time, they created an archive of evidence showing significant improvement in student work and character, as well as teacher effectiveness, earning them the EL Education credential.

Credentialed schools are required to outperform state averages on national assessments or grow in proficiency at least two times the rate of state growth. The schools also must demonstrate growth in the character of their students, which could range from effective community service projects to decreased disciplinary incidents.