If you're an EL Education partner, sign up today to receive $500 to support your school's 2020 Better World Day project!

At This Hartford School, Welcoming Puerto Rican Evacuees Is Personal

A sprightly “Good morning!” awaited students and parents who approached Sanchez Elementary School on the Friday before spring break.

Maybe the school staff was in an extra good mood? But Merelys Torres, secretary of Sanchez’s parent-teacher organization, said it’s like this every morning. She noticed it right away when her family came to Hartford from Puerto Rico last fall — a sensitive time for her two kids.

“They receive you at the door. They tell you, ‘Good morning!’” said Torres, mimicking the peppy greeting. “Somebody tells you ‘Good morning’ in English, somebody else tells you, ‘Buenos dias.’ My kids, they feel a little bit scared, but they hear buenos dias and they just say, ‘Mom, I’m going to be OK.’”

Since Hurricane Maria ripped through Puerto Rico seven months ago, the ramifications have spilled onto mainland cities like Hartford that carry deep ties to the Caribbean. At least 1,800 displaced students enrolled in Connecticut’s public schools, including about 40 new schoolchildren at Sanchez Elementary.

In this neighborhood school just off Park Street, a thoroughfare that’s a pulse of the local Puerto Rican community, the influx meant rearranging classes and getting more bilingual tutors, Principal Azra Redzic said. But welcoming the evacuees was more personal.

“A lot of them are facing … difficulties that I myself went through,” said Redzic, 36, a former refugee. “So we think of things that a school might not typically think of.” 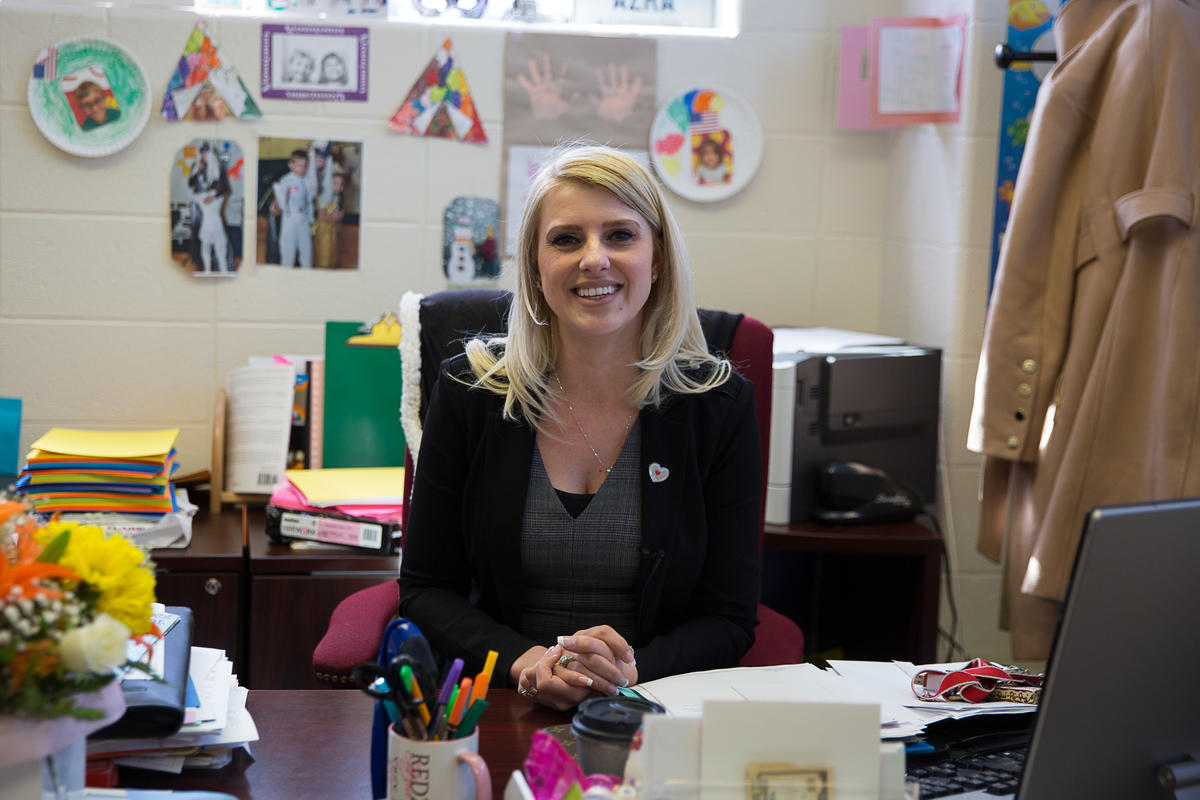 Within days of the hurricane, Redzic convened meetings with staff and community partners on how to handle the newcomers. At the same time, many Sanchez employees were worried about the safety and health of their own relatives on the island.

“Not only did it impact our students, it impacted our staff members,” Redzic said in her office recently. “So that was devastating for us, because we had parents of our teaching staff there …. We knew the details and we knew how bad it was.”

For Redzic, the arrival of the evacuees brought back memories, too. She was born in Bosnia and lived there until about age 8, when she became a refugee of the Bosnian War. The guilt of leaving relatives behind and the trepidation of landing in a new place — those feelings were now reflected in some of her new Sanchez students.

“That’s traumatic,” Redzic said. “Leaving what you love and the only thing that you know to start all over again.”

After fleeing the violence, Redzic’s immediate family lived in Germany for a few years. Redzic would eventually become fluent in German, but not before a painful experience that is still etched in her mind. She remembers being in third grade and not understanding the teacher’s instructions, because she was new to the language.

“I felt very unwelcomed, where I felt that … that teacher just didn’t do right by me in that moment,” Redzic recalled. “They didn’t go out of their way to teach me what it is that they were trying to get me to do. And that left some really unsettling feelings. … A quick miscommunication without a smile, or without that extra — just, little extra — could really leave a bad taste in a kid’s mouth.”

Redzic’s family immigrated to New York City in 1994, and moved to Hartford four years later when she was in high school. Redzic’s father used to run a successful company, she said, but living in the U.S. meant her parents had to work minimum-wage jobs to make ends meet.

The U.S. is also where teachers became her mentors. Redzic, a graduate of Hartford Public Schools, taught at Sanchez before becoming the school’s principal in 2014.

“I don’t know if things would’ve turned out the way that they have had I not had that loving teacher in my life that kept saying, ‘You can do it,’” Redzic said. And even the negative experience in third grade served as a personal lesson, years later, on how not to treat evacuees.

“I want to make sure that our kids know how much we love them and how much we deeply care about them, and we are here for them.” 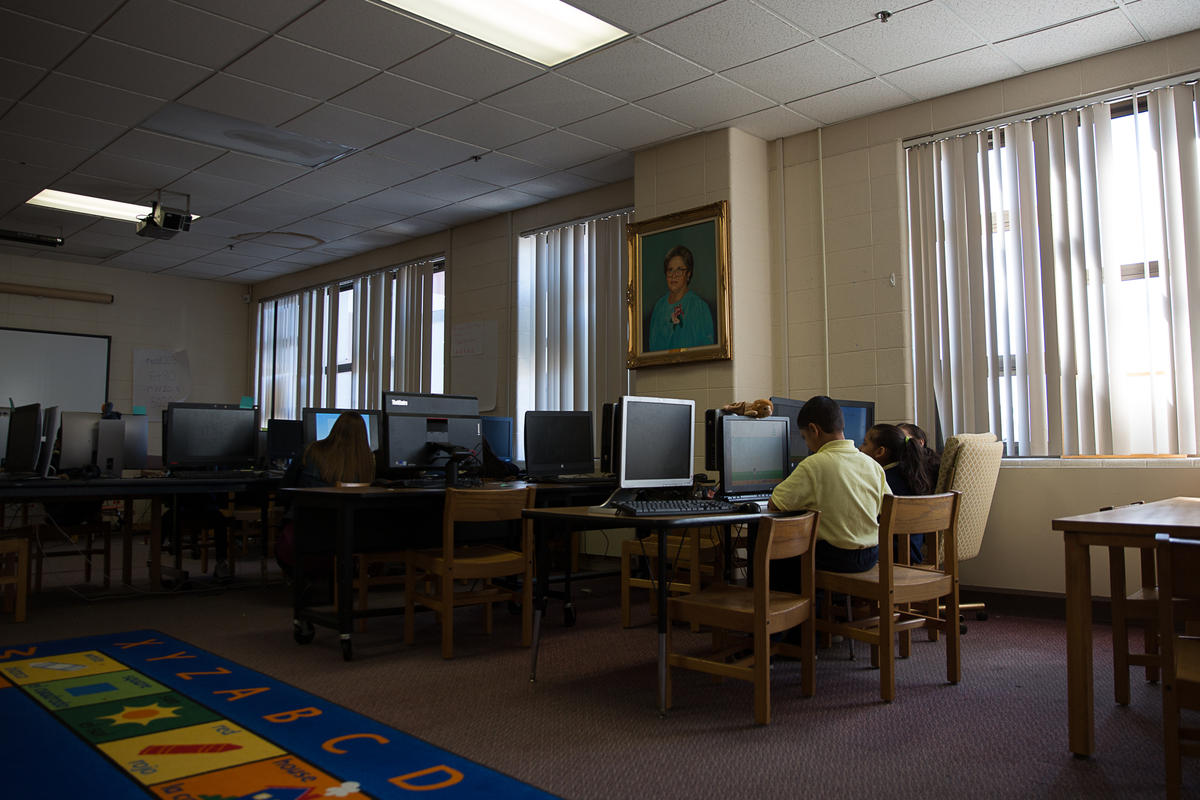 On the morning before spring break, a peek into one classroom showed third-graders pumping each other up to start the day: “2, 4, 6, 8, who do we appreciate?” Then they talked about “persevering” on learning fractions. Half of the students in the class are evacuees from Puerto Rico.

Meanwhile, in a room off the cafeteria, Sally Vazquez gathered a group of mothers for morning coffee. They chatted in Spanish about upcoming school events with a casual familiarity. Vazquez is Sanchez’s family support service provider, and has become close with many of the moms from Puerto Rico.

Redzic believes stability at home can have a trickle-down effect on kids in the classroom. So creating care packages to welcome each new evacuee family, and assisting parents with job resumes and filling out FEMA applications, is part of Vazquez’s role. With support from donors, Sanchez set up its own donation center and distributed everything from clothes and gift cards to hot plates so families could cook rice in their hotel rooms.

Torres, the PTO secretary with two kids, said the school gave furniture and cookware when her family moved from a hotel to an apartment. Sanchez also hosted a special lunch for the new Puerto Rican families last fall, soon after the evacuees began to settle in Hartford.

“Arroz con gandules, pernil …” said Torres, rattling off the traditional dishes that reminded her of home. “They make us this Puerto Rican food to receive us, and I started crying.”

But something else really struck Torres. It was how the school made them feel like they belonged. She saw the impact on her 8-year-old son, who initially struggled after the move to Hartford, she said. Now, “he feels good. He says, ‘Mommy, I am learning English. Mommy, I am happy now.’”

In Torres’ mind, Sanchez is more than just a school.

“It’s a family,” she said. “When we don’t have nothing, they give us something.”

This report is part of the public radio collaborative Sharing America, covering the intersection of race, identity and culture. The initiative is funded by the Corporation for Public Broadcasting and includes reporters in Hartford, Kansas City and St. Louis, Mo., and Portland, Ore.